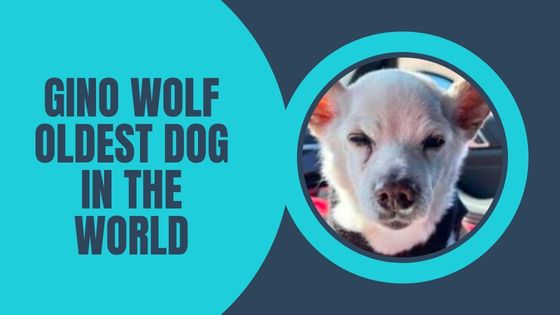 While some dogs even live 20 years, the majority of dogs only live up to 8 to 15 years, but Gino has outlived them all. It celebrated its 22nd birthday on 15 November in Los Angeles.

On September 24, 2000, in the Humane Society of Boulder Valley shelter, Gino, who had been given the name Pee Wee, was born. Gino is a hybrid of an Eskimo and a Chihuahua. At the time of their adoption of the 16-pound, 2-year-old dog in 2002, Alex Wolf and his housemates were sophomores at the University of Colorado Boulder.

The dog was given a new name, Gino Wolf, and Alex and his buddies took him home. Alex had no clue that more than 20 years later, the tiny dog would still be his companion. Additionally, he was unaware that Guinness World Records would later declare his beloved dog to be the “oldest dog living.”

Since then, Alex has given his beloved pet superb care. Throughout college and through major life transitions including moving into a flat, becoming a realtor, buying a home, and meeting his devoted girlfriend, Gino was at his side, according to reports.

According to Today, the dog prefers to take naps by the fire, eat salmon treats, and ride around the neighborhood in a wagon due to age-related vision loss.

Gino is 13 pounds of tightly compacted brawn and fur. It is a small dog.

The temperament of Gino Wolf

Gino Wolf is a very friendly and family dog. It is an intelligent dog, with a vibrant, confident personality, sweet, loves to listen to music, to be near its owner, and likes to snuggle. With all these good qualities, Gino Wolf is a little cranky. It enjoys a warm bath and good meals.

Gino likes to do things like ride around the neighborhood, eat salmon snacks, and take naps by the fire. Gino likes to dig in the yard, run about without a leash, and bob his head to the beat of the vehicle radio. Gino Wolf has a healthy, balanced diet and veterinary care. It is prideful and determined.

Gino has experienced some health setbacks. Gino has overcome some major obstacles, including pancreatitis, an adrenal gland tumor, a ruptured cornea, and numerous digestive problems.

To all pet owners, in order to support pet longevity, it is important to give them a happy, positive environment as much as possible, good clean food, and proper healthcare. We hope you liked the info about the oldest dog living in the world.

Also read: Australian Shepherd Price in India & all other expenses