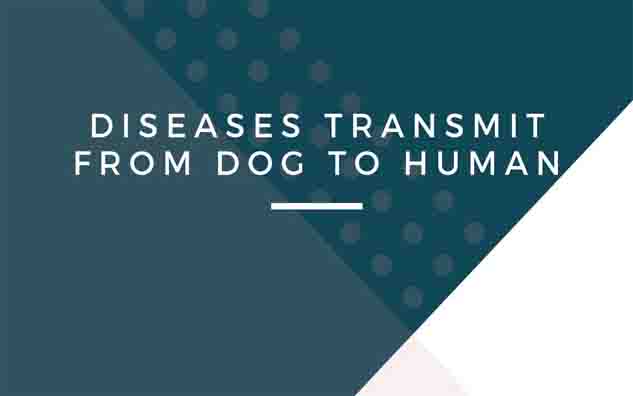 Zoonotic diseases: Our cave-dwelling ancestors used dogs as co-partner in hunting jobs. Subsequently, in all civilization dogs were used as hunters and guards companions and are also used during times of war. So, first pet animals of man were dogs, then cats, horses, and some birds. Pet animals have been kept for true companionship and pleasure are usually domesticated and selectively bred for coexistence with human beings, besides their value as pets, pets also serve utilitarian purposes that can help you to protect your homes and property destroying vermin and providing means of transport.

Various diseases can be transmitted from dogs to people. They may be acquired from direct contact with infected animals or the animal’s excreta. Sometimes just breathing the air in the vicinity of man, the infected pet can cause illness.

We and dogs both are so fond of each other because our ailments are the same. There is a close association between domestic animals and the human population which leads to the transmission of zoonotic diseases from animals to human beings.

Two-third of the domestic animals is reservoirs for many zoonotic diseases. The incidence of zoonotic disease depends on the number of infected animals, route of transmission, level of interaction between man and animals and existing preventive and control measures.

Here we are discussing some zoonotic diseases transmitted by our companion dog.

This disease is an acute almost invariable fatal disease in man. This disease is characterized by signs of abnormal behavior, nervous disturbances such as motor nerve irritability, mania, an attacking complex, inability to swallow, excessive salivation, impairment of consciousness, progressive ascending paralysis and death due to respiratory paralysis.

Attempts of drinking water cause painful laryngeal spasm, so the patient denies drinking.

This is an extremely serious disorder responsible for serious liver and kidney disease. But the transmission from dogs to humans is rare.

This is a fungal skin condition scientifically known as Dermatophytosis. It is commonly seen in both men and animals as scaly round areas of hair loss. This disease is transmitted by direct skin-to-skin contact with an infected animal.

Salmonellosis, campylobacteriosis, Giardiasis and E.coli infection can be transmitted by contact.

It is a parasitic infection of dogs that can be transmitted to humans especially kids by oral ingestion of infected fecal matter.

It is also the transmission of parasitic infection from dog to human. But in this case, parasitic larvae penetrate bare skin and cause a local skin reaction.

Various roundworms like Toxocara canis and tape worm-like Echinococcus species also result in liver problems in humans. These primarily diseases od dogs. But they can be transmitted to humans by food or water contaminated with fecal matter.

Protection from the zoonotic disease of pets

Also Read: Diseases in Dogs : Prophylaxis and Treatment of dog

So these were some common diseases in dogs that can be transmitted to you. So be careful and adopt all the above safety measures and keep you and your family safe from zoonotic diseases.

Thank you and stay safe.